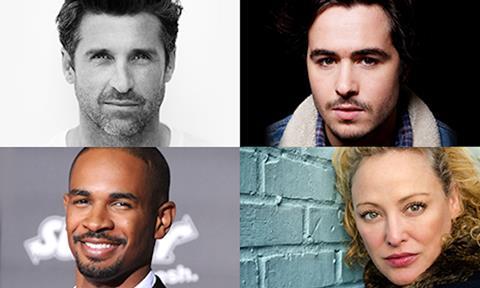 MGM Television, Eagle Pictures and Barbary Films have begun production in Montreal, Quebec, Canada on a 10-part TV series event for EPIX network based on the bestselling European novel by Joël Dicker, The Truth About The Harry Quebert Affair.

The series is produced by MGM Television and Eagle Pictures with MGM serving as the lead studio.

The Truth About The Harry Quebert Affair takes place in coastal Maine and centres on Marcus Goldman, who is visiting Harry Quebert’s home to find a cure for his writer’s block as his publisher’s deadline looms. Marcus’ plans are suddenly upended when Harry is implicated in the cold-case murder of Nola Kellergan, a 15-year-old girl who has been missing for many years.

Jean-Jacques Annaud, director of Black And White In Color, will make his TV directorial debut, helming every episode of the series.

Lyn Greene and Richard Levine wrote the pilot script and several episodes based on an adaptation by Annaud.

The Truth About The Harry Quebert Affair will be the second scripted series for EPIX produced by MGM Television and the first project since MGM completed the transaction to acquire EPIX in May.

Dempsey stars in the title role as Harry Quebert, a literary icon who suddenly finds himself indicted for murder after the body of a young girl is found buried on his property.

Schnetzer stars as Marcus Goldman, a successful young novellist who has been mentored by Quebert, while Wayans Jr will play Sgt. Perry Gahalowood, a Maine State Police investigator investigating the death of the young girl.

Madsen plays Tamara Quinn, Jenny Quinn’s mother and the owner of a local diner who learns of a secret about Quebert.

EPIX will also premiere MGM Television’s Get Shorty, based in part on the 1990 best-selling novel of the same name by Elmore Leonard, on August 13.

“Joël Dicker’s exquisite thriller, The Truth About The Harry Quebert Affair has captivated a worldwide audience with its complicated tale of love and lies. I am thrilled that this first class ensemble cast led by Patrick Dempsey and the incomparable director Jean-Jacques Annaud, get to bring provocative page-turner to life,” Steve Stark, MGM’s president of television production and development, said.

Annaud said: “The Truth About The Harry Quebert Affair was the ideal project for my first American television venture. It is a rich and nuanced novel set in a small New-England town and has all the elements for a classic mystery. Having MGM, Tarak and Fabio as my partners has given me the ability to assemble a formidable cast and a talented crew. Their enthusiasm for Harry Quebert is equal to my own.”

Eagle Pictures’ Ben Ammar said: “In searching for a partner with Fabio Conversi to produce The Truth About The Harry Quebert Affair, I turned to long-time friend and colleague Gary Barber. Under his leadership, along with Mark Burnett who runs the television group and Steve Stark, their team has created high-quality, award-winning series and I am confident that the MGM team will bring the same level of excellence to this internationally appealing project based on a  European best-selling novel with an American story.”

Mark Greenberg, president and CEO of EPIX, said: “With its provocative subject matter, inspired casting and source material from master storyteller Joël Dicker, The Truth About The Harry Quebert Affair is the perfect addition to our offerings at EPIX. We look forward to working with MGM Television, Eagle Pictures and this fantastic creative team as we continue our expansion into original scripted programming.”

Barbary Films’ Conversi added: “The Truth About The Harry Quebert Affair was a long awaited adaptation in a highly competitive environment. My partner and I secured the rights and brought Jean-Jacques and MGM Television onboard.”