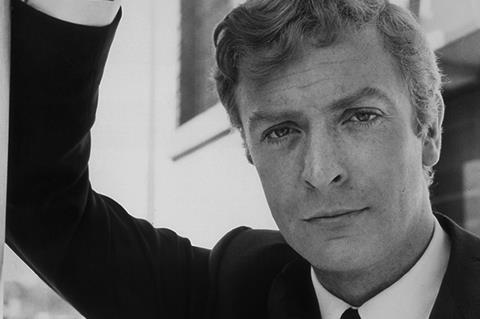 Michael Caine in ‘My Generation’

Michael Caine doesn’t just narrate My Generation, screening out of competition in Venice this week. He also helped produce the film and did the interviews with Paul McCartney, Marianne Faithful, Twiggy, Lulu and Roger Daltrey among others.

The archive-driven documentary offers Caine’s perspective on the 1960s, why the decade swung and how he and his contemporaries helped revolutionise British culture.

The film is directed by David Batty and Screen Star of Tomorrow Fodhla Cronin O’Reilly (Lady Macbeth) is among the producers. IM Global is handling sales.

Screen spoke to the iconic actor at the festival about the project.

Screen International: How did you become involved in the project?

Caine: Simon Fuller brought the ides to me. Then it was written out and explained what he wanted to do. He wanted to base the film on my experiences as a working class guy at that time and what it (the 60s) meant to us. Then, Ian (La Frenais) and Dick (Clement) wrote the script.

The film is very archive based. Do you have a lot of unused interview material?

I regard it as one of the luckiest times of my life. That is what hit was, timing. The world wouldn’t have changed that much without those particular circumstances. It changed so many things. For instance, the BBC would not pay pop music. The BBC used to do radio news with men in evening suits, if you can understand the snobbery of it all. We used to listen to the American Forces’ network and Radio Luxembourg. That’s where we heard our pop music. We were not catered for.

What had it been like growing up after the war?

We were born in the Depression. We came to the Second World War. We waited every day to see if we were going to get a telegram saying our dad was dead. The war was over. Then we were sent to Malaya and Korea to kill people. Then we came back and it was miserable as sin in the 50s with fog and rationing and everything. Then, we got to the 60s and said we’re going to have a good time. Kruschkev said no, you’re not. There were atom bombs and nuclear bombs and you could die in 4 minutes. The reason the 60s come about was because this generation of mine said ‘you’ve got 4 minutes. Let’s have a bit of fun.’

If you had to isolate a moment that summed up the decade, what would it be?

It was the first discotheque I ever went to. We were dancing. It was darkish and I looked around. All the Beatles and all the Rolling Stones were dancing at the same time. I thought boy, this is some discotheque!