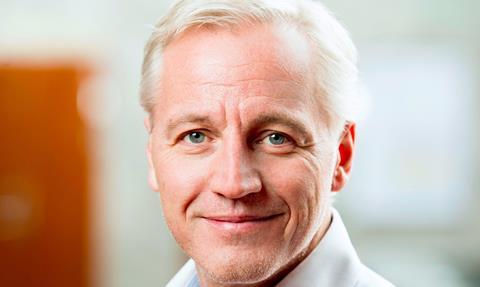 Mikael Fellenius will take over from Tomas Eskilsson as the CEO of Film Väst.

Eskilsson will assume a new role as head of strategy when Fellenius succeeds him as CEO on January 1, 2017.

“Mikael Fellenius has extensive leadership experience as CEO of some of our region’s most important cultural institutions. He also combines valuable experience as a manager in marketing and finance, which strengthens our organization for the challenges our film region is facing,” commented Film Väst chairman Magnus Berntsson.

Fellenius added: “I look forward to working with the dedicated and skilled staff of Film Väst to win the most attractive film and drama projects that will further strengthen our region’s international prominence.”

Prior to his four years as CEO of Göteborg Film Festival, he headed Gothenburg Music from 2007-2011 and has also worked as business development manager and CFO of the Gothenburg Opera.