Myriad picks up international rights to 'The Wedding Guest' (exclusive) 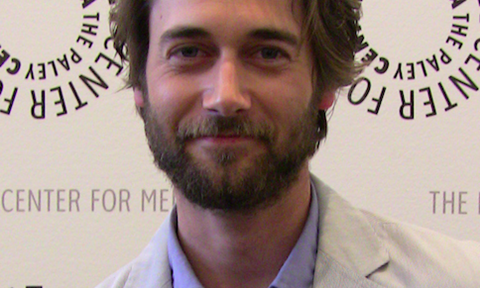 Myriad president Kirk D’Amico and his team will commence sales in Toronto on the feature directorial debut from The Blacklist: Redemption star Ryan Eggold (pictured).

The Wedding Guest premiered at Tribeca and stars Long as Adam, a heartbroken man who gets invited to his ex-girlfriend’s wedding to a man she has only known for a year.

On the weekend of the nuptials, Adam endures a nightmarish rehearsal dinner and a bizarre wedding date as he tries to sort out his life.

Rounding out the cast are Ryan Hansen, Kristen Schaal, Luis Guzman, Lea Thompson, Dana Delaney, and Peter Gallagher. The film will open in the US through Screen Media as Literally, Right Before Aaron.

”Working on producing my first feature film alongside our wonderful director, Ryan Eggold and many talented producers, has really brought the Rizk Pictures team so much joy,” Keane said. “It was an incredible opportunity to learn from Ryan as well as learn with him as we figured everything out as a team. I’ll be forever grateful that he entrusted Rizk Pictures with his first feature length script. Together, we made it happen.”

D’Amico added, “We are delighted to be selling this film internationally on behalf of the producers and Ryan Eggold. Ryan has shown his strong talent as a director working with such a wonderful cast including especially Justin and Cobie in this elevated comedy.” D’Amico brokered the deal with The Gersh Agency on behalf of the filmmakers.