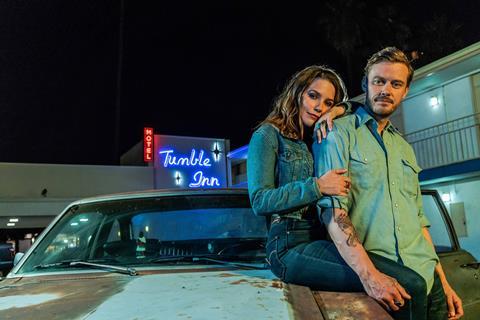 Writer-director Justin Corsbie makes his feature debut on the feature based on the song ‘Just Like Old Times’ by Todd Snider and centres on a down-on-his-luck troubadour (Michael Dorman) who encounters an old flame (Bush) only for their complicated past and current troubles to threaten their reunion. Brian Sacca, Melora Walters and RZA round out the principal cast.

“We are pleased to be working with Allison and Justin on their compelling film which combines romance and suspensevwhile beautifully painting this contemporary picture of a fractured Americana world,” said Myriad president and CEO D’Amico. “Justin’s direction captures extraordinary performances from this impressive cast and draws out the conflict between these iconic characters.”

Smith added, “We’re thrilled for Myriad Pictures to come on board. Kirk and his team were excited about our film from jump street and really supportive and collaborative in the process. They have a great strategy to bring it to the international marketplace.”