Echo of the Mountain also scoops a top prize at the film festival in Mexico. 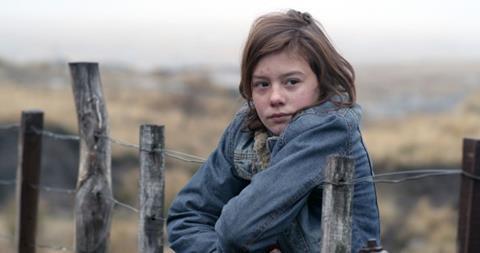 The Argentinian production follows an adolescent girl’s quest to reconnect with her estranged father and was launched last month at the Berlin International Film Festival, where it won the Generation Kplus Grand Prix.

Sold by Urban Distribution, it beat competition from 18 other titles to take the top prize and also received the best screenplay award and the Feisal (Latin American Film Schools) trophy.

Echo of the Mountain (Eco de la Montana), a documentary directed by veteran Nicolas Echevarria, won the prize for best Mexican film, which included a cash award of € 29,400 ($40,000). It marks the first time a documentary has won the Mezcal Prize.

It also won the documentary jury special prize, worth €5,900 ($8,000), and the Warrior press prize for best documentary.

The film, sold by the Echevarria’s production outfit Cuadro Negro, is a portrait of the great Wixarika (Huichol) artist Santos de la Torre who lives in near anonymity in the Western Sierra Madre.

Brazilian feature The Man of the Crowd (O Homem das Multidoes) won the special jury prize in the Ibero-American competition and €7,300 ($10,000).

The film, co-directed by Marcelo Gomes and Cao Guimaraes, reflects on different forms of loneliness and friendship in urban Brazil. It also received the best cinematography award for director of photography Ivo Lopes Araujo.

The best first film prize, worth €7,500 ($10,000) went to Mexican-US-German co-production Los Angeles directed by Damian John Harper, which launched earlier this year in the Forum section of the Berlinale.

The film, sold worldwide by Films Boutique, was the recipient of the Teddy award at this year’s Berlinale.

The Fipresci prize went to Mexican director Catalina Aguilera Mastretta for her debut feature The Hours With You (Las horas contigo).

A total of €340,000 ($470,000) was handed out across the five competition sections and two industry strands: the 10th Ibero-American Coproduction Meeting and the 8th Guadalajara Construye-Films in Progress.

A total of 26 projects in development, selected from over 230 applicants, were pitched to international film executives at the 10th Ibero-American Coproduction Meeting.

The winning projects were:

The project had been selected last year in the Berlin Residency programme. The award consisted of services up to €84,000 ($115,000) offered by the Mexican Estudios Churubusco Azteca.

In the post-production oriented Guadalajara Construye strand, six films were selected from101 applicants.

The winning film was Argentina’s The Boss (El Patron) by first time director Sebastian Schindel, produced by Nicolas Batlle (Magoya Films). The film garnered five awards worth a total of €50,550 ($70,000).

Third, with one award and €18,200 ($25,000), was Chilean production The Woman of the Cape (La mujer de la esclavina) by Alfonso Gazitua, produced by Roberto Paulsen (Aramara Films).

Also in co-production with Quebec producer Andrew Noble is the new project from Jorge Michel Grau, the Mexican director behind We Are what We Are (Somos  lo que hay).

Plans for next year include the Principio del Film section bringing together literary sales agents and film producers, co-organized with Ventana Sur and the Guadalajara International Book Fare (FIL).

The rising talent schemes featured 70 Latin American film students and emerging filmmakers tutored by 64 experts from around the world.

The festival paid tribute to Jim Sheridan, the Irish director of My Left Foot and In the Name of the Father, who received the honorary International Golden Mayahuel.

Cote, director of Silver Bear winner Vic + Flo Saw a Bear, formed part of the  Quebec delegation that paid homage to films from the French-Canadian region.

Other masterclasses were offered by Dean Cundey, the veteran cinematographer behind modern classics including Back to the Future, Jurassic Park and Apollo 13, and Mexican cinematographer Gabriel Beristain, DoP on Blade II among others.

The industry strand also grew its numbers, attracting 763 delegates, up from 549 last year.

The festival will celebrate its 30th anniversary next year and faces a number of challenges, chief among them reinforcing the presence of Mexican productions at the festival, facing off stiff competition from other local events such as Guanajuato and Morelia. The probable change of the festival headquarters and operation centre could pose further challenges.

The Italian film industry will be the guest of honour in 2015, when the festival will run from March 6-14.

DIRECTOR
Fernando Coimbra (“A Wolf at the Door,” Brazil)

FIPRESCI
The Hours With You (Catalina Aguilar Mastretta, “Mexico)