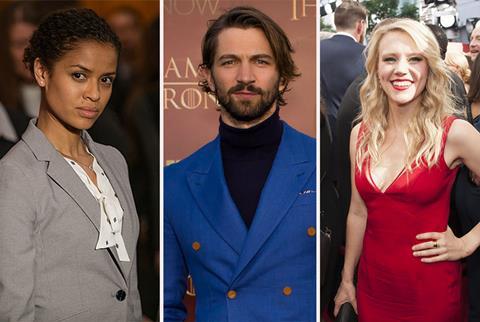 In a multi-million dollar deal, Netflix has swooped on world rights to romantic-drama Irreplaceable You, the feature directorial debut of former Veep producer and director Stephanie Laing.

Belle star Gugu Mbatha Raw and Game Of Thrones actor Michiel Huisman play best friends and romantic soulmates whose lives come crashing down when one is given a terminal cancer diagnosis.

Walken and the previously unannounced McKinnon, star of Ghostbusters and Saturday Night Live, will play characters in a cancer support group which is led by Steve Coogan’s character.

Bess Wohl wrote the script. Jonathan Tropper, Farah Abushwesha, Matt Kaplan, Brian Robbins and Laing are producing. The Exchange was previously on board for sales.

The potential Sundance debut will be branded as a Netflix Original and will debut on the service next year as part of the streaming giant’s monster 2018, which is due to include 80 ‘originals’.

Netflix snapped up the film earlier this year before seeing footage of the project.

Mbatha Raw recently played in Miss Sloane and Beauty And The Beast and will next star in Ava DuVernay’s Disney fantasy A Wrinkle In Time and Bad Robot’s Cloverfield Movie. She also starred in the San Junipero episode of Netflix’s Black Mirror.