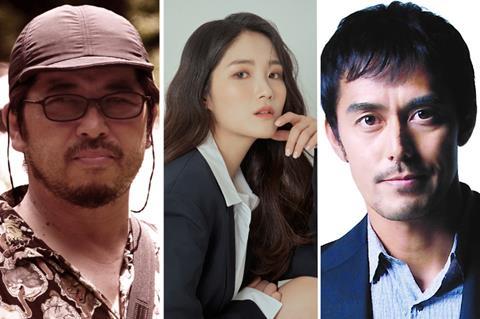 This year will mark NYAFF’s fully-fledged return to the big screen, following a virtual 2020 edition and a hybrid event in 2021. More than 60 new and classic titles from Asia, including six world premieres, will be presented as in-person screenings at Film at Lincoln Center (FLC) and the Asia Society, from July 15–31.

The festival will also see three honorary awards bestowed by NYAFF and Screen on renowned and rising talent. The Screen International Star Asia Lifetime Achievement Award will be given to Japan’s Shimizu, whose horror features over more than three decades have included The Grudge franchise and Ox-Head Village, which he will also present at NYAFF in its North American premiere. He will also present a masterclass at the festival.

Receiving the Screen International Star Asia Award will be Japanese actor Hiroshi Abe, who first came to prominence in Trick in 2002, and has since starred in Hirokazu Kore-eda’s Still Walking and After the Storm, and Hideki Takeuchi’s Thermæ Romæ, for which he won his first Japan Academy Film Prize for best actor. Abe also stars in Eiji Uchida’s Offbeat Cops, which will receive its world premiere at NYAFF.

NYAFF will also award a Screen International Rising Star Asia Award to South Korea’s Kim Hye-yoon, who has featured in Kim Yoon-seok’s Another Child and Kwon Oh-seung’s Midnight and takes her first leading role in Park Ri-woong’s The Girl On A Bulldozer. As previously announced, Urassaya “Yaya” Sperbund will also receive the rising star honour and will be seen in NYAFF opening film Fast & Feel Love.

The festival had previously revealed several titles for this year’s edition but today announced that its Centrepiece Film will be Kim Han-min’s period action-war epic Hansan: Rising Dragon, the second in a trilogy focusing on the historic adventures of Joseon Admiral Yi Sun-Shin. It marks the follow-up to 2014’s The Admiral: Roaring Currents, the highest-grossing film in Korean cinema history, and will be released later this year by Well Go USA.

NYAFF also announced it will close its 20th edition with sci-fi feature Alienoid, from Korean director Choi Dong-hoon, who will introduce the North American premiere at the festival. The fantasy features Ryu Jun-yeol, who received the NYAFF Screen International Rising Star Asia Award in 2019, and Kim Tae-ri, whose credits include The Handmaiden. It will also be released later this year by Well Go USA.

Further honours set to be handed out during the festival include the Daniel A. Craft Award for Excellence in Action Cinema, which will go to South Korean actor Jang Hyuk, star of Choi Jae-hun’s The Killer and The Swordsman. Korea will be widely feted at this year’s NYAFF with star Ryu Seung-ryong receiving the inaugural Best from the East Award, which honours a singularly outstanding performance in a film for his role in Perhaps Love.

The Girl On A Bulldozer (S Kor)
Dir. Park Ri-woong