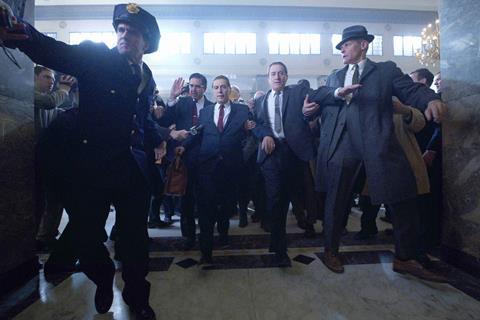 Kent Jones, the director of New York Film Festival and chair of the festival’s selection committee, will step down to focus on his filmmaking career after the 57th edition, which kicks off with the world premiere of The Irishman later this month.

Jones has been associated with Film at Lincoln Center for more than two decades as a year-round programmer, NYFF selection committee member, and Film Comment contributor.

Jones joined Film at Lincoln Center in 1998 as associate director of programming, and served on the festival’s selection committee from 2002-09, before he was appointed director in 2012. During his tenure he introduced sidebars and new sections, including Spotlight on Documentary and Convergence sections, programmed the first selection of a documentary to open the festival with Ava DuVernay’s 13TH, and presided over record attendance in 2018.

“At some point when I was pretty young and already deep into movies, the New York Film Festival became a beacon for me,” said Jones. “Throughout its history, it has been a true home for the art of cinema – that was how it began with Richard Roud and Amos Vogel, that was how it remained with my predecessor Richard Peña, and that was how I’ve done my best to maintain it. I thank my colleagues, I thank the board for sticking to the original mission, I thank our audiences, I thank our colleagues in the industry, but most of all I thank the filmmakers. It’s been a joy and an honor to present their work.”

“Beginning as a year-round programmer, Kent has shared his knowledge and passion for the movies with our Film at Lincoln Center audiences for almost twenty years,” said Klainberg. “On behalf of the Board and staff, I’m delighted to support him as he continues into the next phase of his career, making more of his own cinematic dreams come true, and we can’t wait to enjoy the results.”