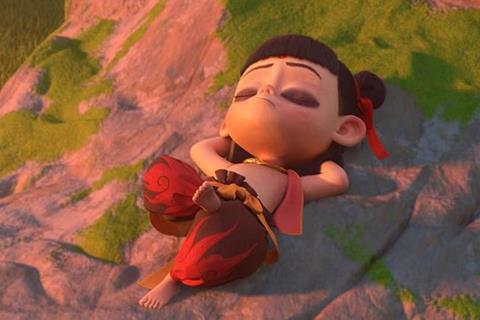 Enlight Media’s Nezha has become the highest-grossing Chinese animated feature of all time, sailing past the RMB1bn ($145m) benchmark and beating previous record-holder Monkey King: Hero Is Back, which grossed $138m in 2015.

As of Wednesday afternoon (16:00), the film had grossed $173m (RMB1.19bn) and was well on its way to beating Zootopia’s $220m record to become the biggest ever animated film from any country.

Released on July 26, Nezha took $91.5m over its first three days, breaking the opening weekend record for an animation of $65.2m set by Despicable Me 3 in 2017. With a $21.1m haul on Friday, it also broke the animated feature opening day record (beating Despicable Me 3) and on Saturday broke the biggest single day animation record with $32.7m (beating Zootopia).

The directorial debut of Chinese filmmaker Yang Yu, Nezha is based on a popular figure in a famous Chinese novel, The Investiture Of The Gods (Fengshen Yanyi), the rebellious son of an army commander who fights the Dragon King and reverses his own fate.

The film appears to be tapping into the young adult audience that drives the box office in mainland China. According to online ticketing platform Maoyan, more than 50% of the film’s audience is aged 20-29 years. It currently has a 9.7 rating on Maoyan and an 8.7 rating on influential film review site Douban.

Nezha’s success will be a much-needed boost for Enlight Media, which like many Chinese film companies, has seen its bottom line hit by the country’s slowing box office. So far this summer, China box office has been deflated even further by the sudden cancellation of four high-profile local films that were scheduled for release – war films The Eight Hundred and The Hidden Sword, black comedy The Last Wish and youth drama Better Days.

Although authorities cited “technical reasons”, its understood the four films have been pulled as part of a censorship clampdown in the midst of a string of politically sensitive anniversaries.

But despite the growing ambitions of Chinese animation producers, they face a tough market as the audience skews towards young adults and animation is often perceived as only being suitable for kids. The success of films such as Nezha and White Snake, which are aimed at the youth audience rather than young kids and families, may finally help to overturn that assumption.