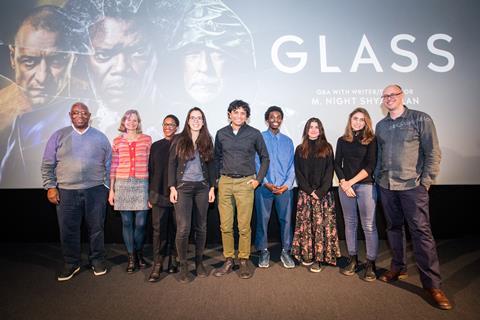 The UK’s National Film and Television School (NFTS) has announced the six participants for the 2019 edition of its Diverse Directors Workshop, sponsored by Walt Disney Studios Motion Pictures UK.

The six participants are:

The programme aims to increase the number of women, people from BAME backgrounds and people with disabilities working in screen directing.

All the participants are working professionally in screen directing. They will take part in a two-day introductory session on January 12 and 13, following by training in narrative filmmaking in a two-week workshop from February 25 to March 8.

Production and post-production of the projects they create will take place in Spring and Summer 2019, with all six guaranteed an interview for the NFTS’ Directing Fiction MA course.

It is free to attend with the NFTS covering all costs with support from Disney, EON Productions and ScreenSkills.

Previous students to have taken part in the course include Alice Seabright, whose short Sex Ed was selected for the 2018 BFI London Film Festival.

The six chosen students for 2019 attended a special Q&A screening of M Night Shyamalan’s Glass for NFTS students on Thursday, January 10 at London’s Picturehouse Central, where they met the director.

Read more: 20 years in the making - the story behind Bafta front runner The Favourite