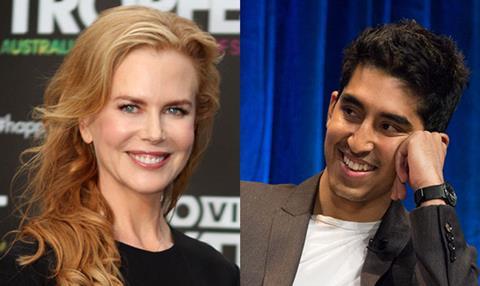 Nicole Kidman and Dev Patel - who star in Lion, playing as the American Express Gala at this year’s festival - will join LFF director Clare Stewart to jointly discuss their careers as part of this year’s Screen Talk series.

South Korean auteur Park Chan-wook, whose latest feature The Handmaiden plays at LFF following its premiere in competition at this year’s Cannes Film Festival, has also been added to the discussion programme, joining a line-up that already boasts film-makers Werner Herzog, Paul Verhoeven and Ben Wheatley.

The festival has made two additions to this year’s film programme: Lav Diaz’s The Woman Who Left has been added to the festival’s Journey strand, while the latest documentary from revered film-maker Errol Morris, The B Side: Else Dorfman’s Portrait Photography, has joined the event’s Love programme.

The Woman Who Left triumphed at this year’s Venice Film Festival, winning the Golden Lion. The Filipino slow-burn drama stars Charo Santos-Concio as a former schoolteacher serving 30 years in prison for a crime she didn’t commit. Once released, she tracks down the ex-boyfriend who betrayed her.

Morris’s The B Side follows legendary photography Elsa Dorfman as she reflects on a career spanning more than 40 years. Having premiered at Toronto International Film Festival, the film marks Oscar-winner Morris’s first feature since 2013’s The Unknown Known.