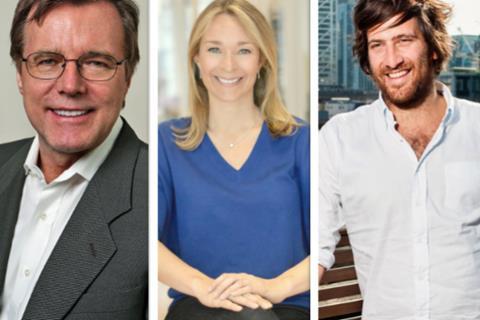 Nigel Sinclair, Celine Rattray and Thomas Benski are among speakers scheduled to attend the 11th annual Winston Baker TV & Film Finance Forum in New York on April 24 in association with the New York City Mayor’s Office of Media and Entertainment.

The event will cover financial and creative perspectives in entertainment and address growth and innovation strategies for film and television investors, operators and content creators in an evolving marketplace.

Strategy executives from Viacom, Vine Alternative Investments, Alcon Media Group and Guggenheim Securities will speak on the state of the market, M&A strategies, and what buyers want.

Sinclair is the co-founder and co-head with Guy East of White Horse Pictures and his producer and executive producer credits include Rush, End Of Watch, The Way Back, Tribeca Film Festival opening night premiere The Apollo, and a host of music documentaries on performers ranging from The Beatles to the late tenor Luciano Pavarotti.

Rattray partners with Trudie Styler at New York-based Maven Pictures and has produced Skin, The Kindergarten Teacher, The Kids Are All Right, Novitiate and the upcoming Sylvia Plath adaptation The Bell Jar. She served as executive producer on American Honey.

Pulse Films CEO and co-founder Benksi produced among others American Honey and the upcoming drama Mughal Mowgli and documentary XY Chelsea. His executive producer credits include The Witch and Skate Kitchen.

The event will take place at the Dream Downtown Hotel in New York City. For further information click here.