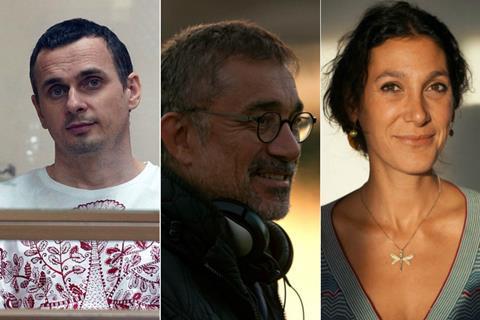 New projects from Oleg Sentsov, Nuri Bilge Ceylan, and Emily Atef are among 29 films selected to receive Eurimages funding in its latest round of co-production awards.

Eighteen fiction features and 11 documentary projects will receive a total of €5.7m ($6.7m).

Of the projects selected, one third are directed by women; they will receive 35% of the total amount (€2m).

Sentsov receives €270,000 towards his crime drama Rhino, a Ukraine-Poland-Germany co-production. The film started pre-production back in 2013, before Sentsov was imprisoned by the Russian Federal Security Service the following year for allegedly plotting terrorist acts. He was released as part of a prisoner exchange with Ukraine in September 2019.

Ceylan receives €470,000 towards On Barren Weeds, about a despondent schoolteacher in Anatolia who encounters a fellow teacher with a perspective that leads him out of the darkness.

Atef receives €281,000 towards her fifth feature More Than Ever, a France-Germany-Luxembourg co-pro.

Other recipients include Russia’s Viktor Kossakovsky (Aquarela) for his documentary Architecton, and Ukraine’s Sergei Loznitsa for The National History Of Destruction.

Seven co-production markets have received €20,000 each as part of the Eurimages Co-production Development Awards for 2021-2023. They are the Berlinale Co-production Market, Rotterdam’s CineMart, Sarejevo’s CineLink, CPH: Forum, TorinoFilmLab, Cartoon Movie and Cinekid.

The Eurimages board has also integrated six further cinemas into its network effective retroactively from January 1, including The House of Cinema in Saint Petersburg, Russia, and the Kosmos cinema in Zurich, Switzerland.