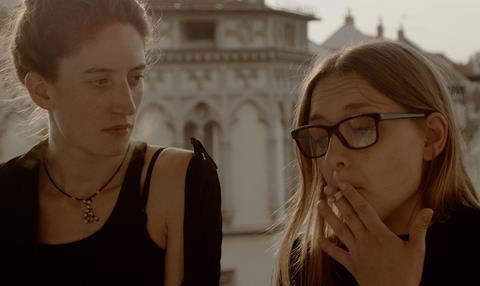 Colombian, New York-based director Margarita Jimeno’s hybrid fiction feature Otto – My Life is a Soundtrack, about a renowned artist who undergoes a spiritual awakening after a failed show, has won the fifth edition of US in Progress in Paris.

The US in Progress event showcased six independent US works looking for final post-production services and a sales agent.

Otto – My Life is a Soundtrack stars real-life actor and entrepreneur Jens Louis Valeur as international artist Peter Bjorn who decides to disappear from public life after a highly anticipated show is panned, finding refuge in playing pipe organ music in a remote Polish village where he meets a nun with a beautiful voice and love of hiking.

When media reports start to circulate that he is dead, Bjorn leaves his newfound refuge to return to his old life.

New York producer Andrew D. Corkin at Uncorked Productions is producing with Sol Bondy of Berlin-based One Two Film on board as a consultant producer.

Corkin was also in Paris with Joel Potrykus’s upcoming The Alchemist Cookbook, about a young hermit hiding out in the forest, which screened in the Champs-Elysées Film Festival’s competition aimed at US independent features films alongside titles such Chad Hartigan’s Morris From America and Elizabeth Wood’s White Girl.

The other films in US in Progress comprised Mike Ott’s California Dreams, revolving around small-town dreams of Hollywood fame; Adam Keleman’s Easy Living, about a self-destructive make-up saleswoman who takes drastic action when a new love affair and business venture fails and Andrea Sisson and Pete Ohs’s science-fiction fantasy Everything Beautiful is Far Away.