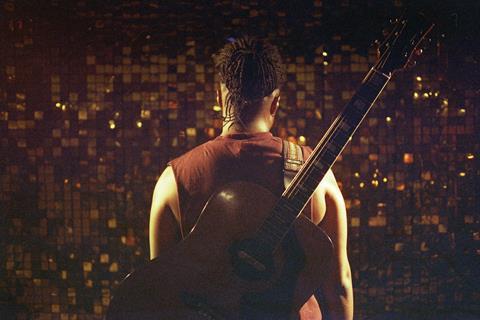 The Outfest Los Angeles LGBTQ+ Film Festival has unveiled the full line-up for its 40th anniversary edition, with more than 200 films from 29 countries set to screen over the event’s July 14-24 run.

UK thriller Phea, with singer Sherika Sherard starring for writer-director Rocky Palladino, is among the 42 films getting world premieres at the festival. Others include Stay on Board: The Leo Baker Story, a documentary about gender identity in the skate world from Drew Barrymore’s Flower Films and Pulse Films, Art and Pep, which chronicles activism at an iconic Chicago gay bar, and Youtopia, a comedy from writer/comedian/singer Scout Durwood.

International films set to screen at the festival’s multiple locations around Los Angeles include Francois Ozon’s Peter Von Kant, which premiered at the Berlin festival, Swiss-German documentary Loving Highsmith and Canadian documentary The End of Wonderland.

Director of festival programming Mike Dougherty commented: “I’m incredibly proud of the work our programming team has done to craft a line-up that celebrates the history of the LGBTQIA+ community and the art we create, and that also spotlights innovative new work that will pave the way for 40 more years of spectacular, groundbreaking queer cinema.”

The full Outfest line-up can be found here.