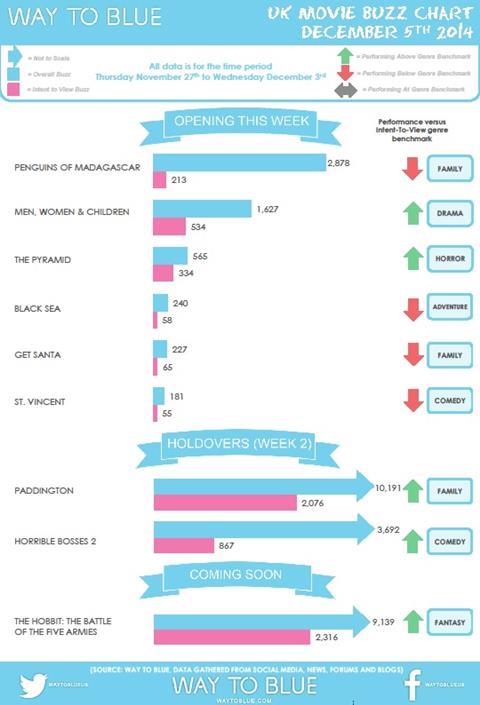 Having set the distributor’s best-ever UK opening, StudioCanal’s Paddington generated almost 10,200 mentions across social media, news, forums and blogs over the past week, according to Way to Blue.

Over a fifth of those mentions, made from Nov 27-Dec 3, were from people expressing intent to view meaning that the first big screen outing for the marmalade-loving bear is set for a strong holdover.

Fox’s spin-off Penguins of Madagascar led this week’s new releases in terms of overall buzz with nearly 3,000 mentions, but Paramount’s Men, Women & Children generated stronger intent-to-view buzz with a third of its comments expressing an intent-to-view.

Of the films coming soon, Warner Bros’ The Hobbit: The Battle of the Five Armies drew the biggest buzz with over 9,000 comments, over 2,300 of those were expressing an intent-to-view.