Amazon Studios has taken US rights to Park’s first Korean-language production since Thirst. 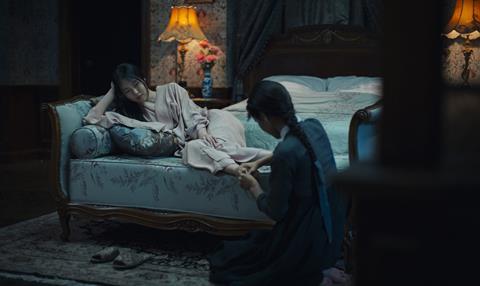 South Korea’s CJ Entertainment has announced Park Chan-wook’s The Handmaiden has pre-sold to 116 countries, including to Amazon Studios for the US.

The lattermost plays a young pickpocket who is convinced by Ha’s charming con artist character to go to work for a Japanese heiress (played by Kim Min-hee) so that they can swindle her out of her fortune and have her committed to an insane asylum after he marries her.

Kini S. Kim, head of CJ Entertainment’s International Department, said there was “fierce competition among the distributors” for rights.

“The high expectations for maestro Park Chan-wook’s new project and the high quality visuals from the highlights in the promo reels have drawn pre-sales on an unprecedented scale,” he said.

With the film currently in post-production, CJ Entertainment did not go further than to specify the film aims for release “this year.”