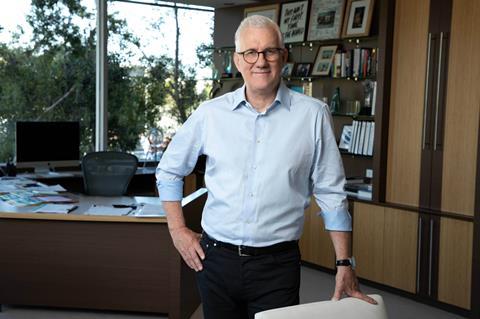 David Linde has extended his contract as CEO at Participant in a multi-year deal announced this week.

Linde joined the company – which has rebranded from Participant Media to Participant – in late 2015.

During his tenure, the executive and former chairman of Universal Pictures and CEO of Lava Bear, has overseen a slate that has won 10 Oscars, including two best picture wins for Green Book and Spotlight, and two best international feature film awards for ROMA and A Fantastic Woman.

Linde has also built the company’s global distribution network, brought on chief impact officer Holly Gordon, and expanded into episodic TV and digital short form through the acquisition of SoulPancake.

“David has done an exceptional job taking Participant to new heights the last four years,” founder Jeff Skoll said. “He possesses a rare combination of entertainment industry acumen, keen artistic sensibility, and a true passion to make a difference in the world through storytelling. I am grateful for his dedicated partnership and thrilled to be working with David for many years to come.”

“Since joining Participant, I’ve had the amazing opportunity of working with some of the most inspiring artists, thought-leaders, change-makers and professionals in our – or any – industry, all unified toward achieving a common goal: to create real-world change through the power of storytelling,” Linde said. “I’m incredibly grateful to Jeff’s passion and commitment and to his continued trust in me in helping carry out his vision of lasting impact.”