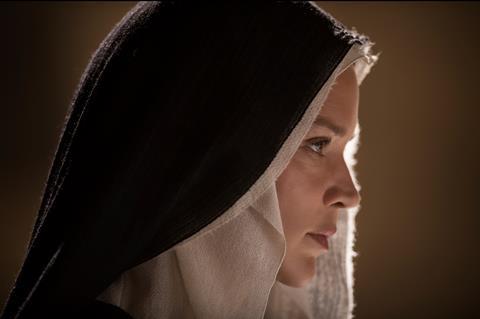 London-based streaming platform and distributor Mubi has secured all UK-Ireland rights to Paul Verhoeven’s period drama Benedetta, which is set to premiere in Competition at the upcoming Cannes Film Festival in July.

The deal was struck with Pathé International, which is handling world sales, and Mubi plans to release the film theatrically. The film will receive its world premiere at Cannes on July 9 and release in French cinemas on the same day.

Inspired by true events, Benedetta is set in the late 17th century and stars Virginie Efira as a novice nun who joins a convent in Pescia, Tuscany. Capable of performing miracles from an early age, Benedetta’s impact on the community is immediate. But she sets down a dangerous path after her affair with a fellow nun is discovered.

It marks Verhoeven’s follow up to Elle, which also screended in competition at Cannes in 2016 and was nominated for an Oscar. The Dutch filmmaker reunited with Elle co-writer David Birke for the script of Benedetta.

It is produced by Said Ben Said at Paris-based SBS Production, Michel Merkt and Pathé Films.