Peter Webber returns to BAM with 'One River' docu-drama

More than 30 film projects in development set to be presented at the Bogota Audiovisual Market (BAM). 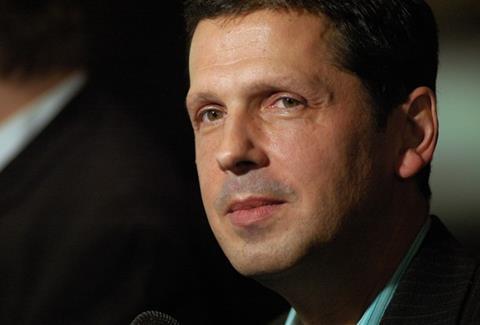 Webber (The Girl With The Pearl Earring) attended BAM last year to promote his pickpocket drama Fresh and returns this year with One River.

The project is based on an international best-selling book by Canadian Wade Davis, charting Professor Richard Schultes’ journey through the Amazon in the 1940s and the author’s own travels into the same jungle 30 years later, living among the Indian tribes and searching for the origins of coca, the notorious source of cocaine.

Currently in development, the project is being produced by Colombian outfit 4 Direcciones in partnership with Canada’s Pimiento Films. They have secured 10% of the funding and are looking for further financing for the scriptwriting, currently in the hands of Diana Rico and Richard Decaillet.

Colombian director Urrutia’s Madness is another stand-out project, also set in the Amazon and budgeted at an estimated $2m.

Based on a script by US writer Robert McKee, it is a dark thriller about husband and wife psychiatrists who find a cure for madness in the jungle, but then a disturbing incident forces them to confront their own discovery.

Proyeccion Films are producing the project, which is at the script stage and has already secured 50% of its budget.

“We are looking for strategic partners in Los Angeles who could help grow the project from a Colombian project to an international scale,” says Juan Pablo Solano, the films producer, who has already approached the likes of Ben Kingsley and Brian Cox to star in the film.

A total 204 applications were submitted for this year’s BAM projects, of which 33 films were selected by a team, including Cristina Garza, Executive Vice President of Mexico-based sales outfit Mundial, Uruguayan film editor Fernando Epstein and Stefan Laudyn, director of the Warsaw International Film Festival.

A further 12 TV projects were chosen.

One of the other notable projects around the $2m budget mark is Juan Manuel Betancourt’s fantasy film Sock Mates, which combines animation and live-action, telling the story of socks looking for their perfect soul mates.

Gatoencerrado Films has already secured 20% of the budget and are now looking for international co-production partners.

Other projects include Federico Duran’s psychological revenge thriller Dark Room set in a high school, which is being produced by Rhayuela Cine, and Carlos Moreno’s Lost Wolves about two men involved in an accident that changes their lives. The film’s producers, 64-a Films have a strong track record of success (Dog Eat Dog).

Some international delegates in attendance will be looking to work with a South American company for the first time, such as Canadian producer Felize Frappier of Max Films Media.

Frappier told ScreenDaily: “I’ve come to BAM to get to know the South American market and hopefully find a co-production partner for my new project Sunbathing in Hell, which is similar in style to Thelma & Louise, set across Canada and Mexico, and will be directed by Guy Edoin (Wetlands).”

The film is only at the script stage and not an official project at BAM.