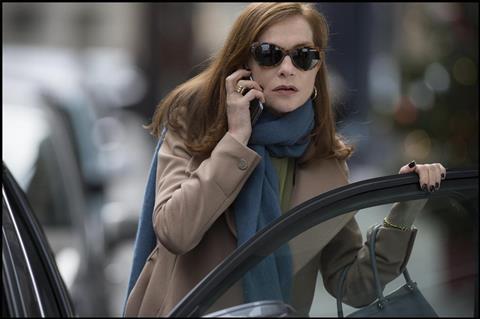 In the film, Isabelle Huppert plays a businesswoman who enters a game of cat and mouse as she tracks down the man who raped her. The cast also includes Laurent Lafitte, Anne Consigny, Charles Berling, Virginie Efira, Judith Magre, Christian Berkel, Jonas Bloquet, Alice Isaaz and Vimala Pons.

Elle received its world premiere at Cannes in May, where it played in Competition. Dutch filmmaker Verhoeven is best known for US hits Starship Troopers, Robocop and Basic Instinct but has returned to making films in Europe since Black Book in 2006.

Clare Binns, director of programming and acquisition at Picturehouse, described Verhoeven as “a master filmmaker who has always made provocative and exciting work without compromise - Elle is no exception.”

Binns added: “This gripping, multilayered thriller bowled me over in Cannes and I know it’s going to be a big talking point. This is what proper cinema for adults is all about.’

The screenplay is by David Birke, adapted from the novel Oh… by Philippe Djian. Producers are Saïd Ben Saïd and Michel Merkt. The film is an SBS Productions production in co-production with Twenty Twenty Vision Filmproduktion, France 2 Cinema and Entre Chien et Loup.