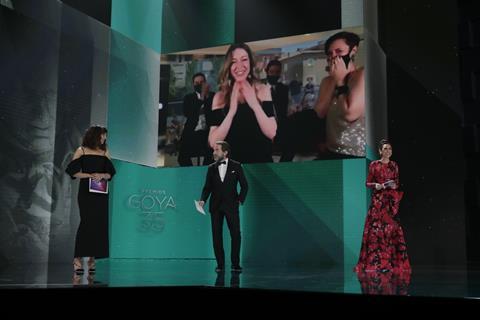 The hybrid ceremony - all the nominees were at home - was sober and started with a minute’s silence for the pandemic’s victims. It was also much shorter than usual. The socially-distanced red carpet was only for the celebrities in charge of giving the awards and Antonio Banderas, of course, who hosted the ceremony for the first time in the theatre the star owns in his hometown of Málaga.

The latter was awarded to cinematographer Daniela Cajías and marks the first time a woman has won the Goya award. Schoolgirls is produced by Valérie Delpierre (Inicia Films, also behind Carla Simón’s Summer 1993) and Alex Lafuente (BTeam Pictures).

It made its world premiere at Generation Kplus at the Berlinale in 2020 and is sold by Film Factory Entertainmnent.

Another big win was for the migration drama Adú, which went into the evening with 13 nominations. It received four awards including best director for Salvador Calvo, and another first film, Ane, by David Pérez Sañudo, that won three prizes. Basque period witchhunt film Akelarre won five and Icíar Bollaín’s Rosa’s Wedding won two.

The only winner who went to Málaga to pick her Goya was Ángela Molina, who recived the honorary award for a career that includes work with Luis Buñuel, Pedro Almodóvar, Bigas Luna, Luigi Comencini or Marco Bellocchio. Moved and moving with her words she closed her acceptance speech claiming that “like life, cinema cannot be enjoyed without other people”. 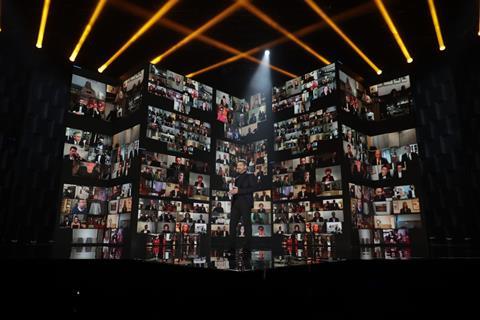 During the ceremony, filmmaker Mariano Barroso, the president of the Spanish academy, took the opportunity to vindicate the emotional healing power of cinema and he also underlined the number of women among the nominees, 41%, the highest percentage so far in Goya history.

He acknowledged the difficult year the pandemic has meant for the industry, with a 72% total drop in the box office and local productions grossing well below the €100m bar of recent years at €43m in total for 2020.

In a first, also, it was a nurse, Ana Ruiz López, the person chosen to give the best film award, to honour to work the medical profession in the context of the pandemic.

Best editing
Sergio Jiménez for The Year Of Discovery

Best song
Que no, que no by Rozalén for Rosa’s Wedding