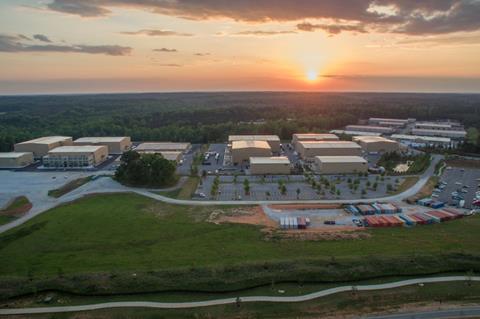 Pinewood Atlanta Studios has unveiled health and safety protocols to protect staff and visitors from Covid-19 after consulting with a medical testing specialist and a biodefence company.

Top brass at the 700-acre full-service studio in the US state of Georgia said they have invested “millions” to upgrade air quality, sanitation, badging systems, and introduce health testing.

Pinewood brought in medical testing company BioIQ to protect and monitor the wellbeing of visitors, as well as Synexis Biodefense Systems and its patented Dry Hydrogen Peroxide technology to reduce viruses, bacteria and mould in the air and on surfaces.

Synexis Biodefense Systems created a bespoke plan for Pinewood Atlanta and deploys Dry Hydrogen Peroxide into the environment. Pinewood Atlanta said the biotechnology can reduce viruses and other airborne germs instantly, reducing contamination to less than a third within six hours and consistently untraceable levels after continued use.

This technology has been implemented by hospitals, retail shops, restaurants chains, government institutions, the food industry, and Major League Baseball.

In addition to testing and filtration, Pinewood will offer PPE and handwashing systems throughout the 700+ acres of the lot.

The facility has also consulted with veteran crew members and experts in crew, costume and design to determine safest protocols for the best way people  interact, move and eat on set. Elsewhere within the Pinewood Group, Shepperton Studios and Pinewood Studios are aligning with the UK government’s advice.

“We’re committed to making Pinewood Atlanta Studios the cleanest and most secure production facility in the world,” said Frank Patterson, president and CEO of Pinewood Atlanta Studios. “We meticulously examined our systems and the way in which people interact on our lot to solve for every point of transmission we could uncover. When production restarts, we want all crew members to know that their health and safety is our top priority.”