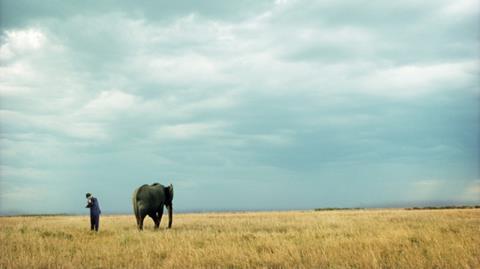 Three production awards, worth a total of $200,000 (€160,000), have been handed out at the 7th TorinoFilmLab Meeting Event (Nov 23-26). Held within the Torino Film Festival, the event is a three-day international co-pro market and public presentation of the projects developed in the TFL programmes during the year.

Within the FrameWork Programme, in which nine projects seeking co-production agreements were presented, the top prize of $75,000 (€60,000) went to Kirsten Tan’s Popeye.

The Singapore-Thailand production will mark Tan’s feature debut and centres on a disenchanted man who encounters his long-lost elephant on the streets of Bangkok and takes his old friend on a journey across the country in search of the farm where they grew up together.

The film was previously selected to participate in a project lab at Berlinale Talent’s Script Station 2014.

The prize, worth $54,000 (€43,000), went to Eilon Ratzkovsky for July August Production, producer of Mountain by Israeli director Yaelle Kayam.

The Audience Award, worth €30,000 and voted among the FrameWork projects by all the decision makers attending the TFL Meeting Event, went to Janus Victoria’s Philippines-Japan production Kodokushi.

The ARTE International Prize, worth €6,000 and assigned by ARTE France Cinéma to one of the Script&Pitch projects, went to Home by Fien Troch (Belgium).

The Post-Production Award EP2C, assigned to a FrameWork project, which allows the producer to participate in a workshop on post-production, went to Phaedra Vokali from Marni Films (Greece), producer of Pigs on the Wind.