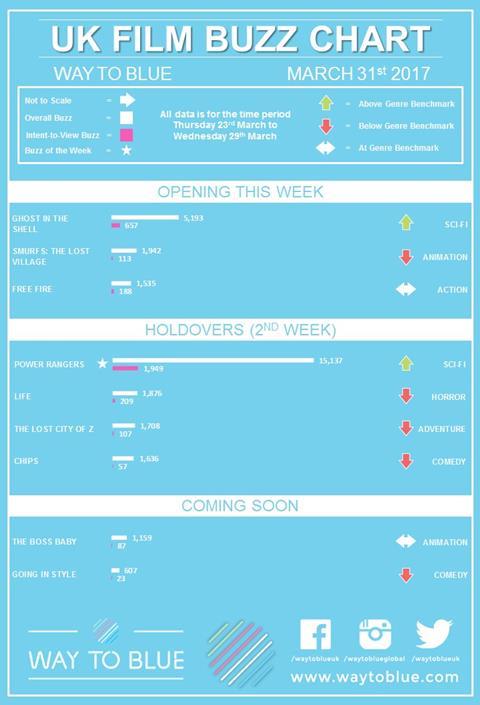 The reboot of the nineties action franchise garneed 17,086 comments across UK social media between March 23-29, 1,949 of which indicated an intent to view.

The film, about a group of young teenage superheroes and starring Elizabeth Banks as villain Rita Repulsa as well as former Screen Star of Tomorrow Naomi Scott, is now in its second week of release.

Ghost In The Shell was the second most buzzed about film this week. The Scarlett Johansson-led sci-fi action film attracted 5,850 comments, 657 of which registered as intent to view.

Life, the sci-fi horror film from director Daniel Espinosa, edged out five other movies to place third this week with 2,085 comments, just 30 more than animated sequel Smurfs: The Lost Village.