In Bloom, Blue Is The Warmest Colour, local debuts among Pristina lineup 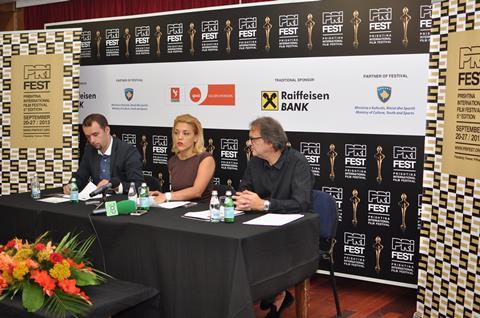 The fifth Pristina International Film Festival (Sept 20-27) will host 49 features, mid-length and documentary films, incuding Abdellatif Kechiche’s Cannes winner Blue is the Warmest Colour,Asghar Farhadi’s The Past and Danis Tanovic’s An Episode in the Life of an Iron Picker.

In the festival’s ‘Honey and Blood’ programme, the competition for the best film from the Balkans, films come from Albania, Serbia, Croatia, Slovenia, Macedonia and Greece.

Among the competition titles are Nana Ekvtimishvili and Simon Gross’ Sarajevo winner In Bloom and Srdan Golubovic’s Circles.

Tanovic’s Berlin winner, An Episode in the Life of an Iron Picker, is among the Honey and Blood competition while there are special screenings for Palme d’Or winner Blue is the Warmest Colour, The Past and a world premiere for Dutch-Kosovan title Gone Back by Ernest Meholi.

The festival’s Latin America focus features Pablo Larrain’s No and Pablo Trapero’s White Elephant, among others.

Blerta Basholli’s Kosovan feature Three Of Us will open the festival, which this year also launches LGBT strand LetitBe, a programme to emerge from a collaboration with LA’s Outfest.