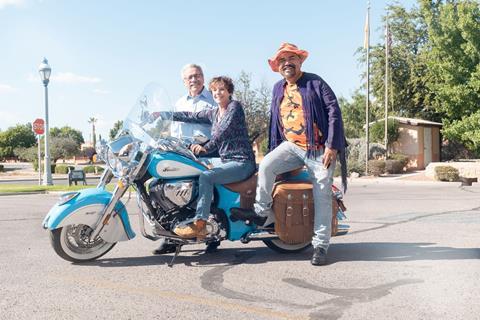 Ross Marks directed the Optimism Entertainment/Rio Road Entertainment comedy about a man’s (Olmos) progress from relative obscurity to a golfing world championship with his faithful motorcyclist friend (Lopez) by his side.

Billy Boyd and Christopher McDonald round out the key cast. Mark Medoff (Children Of A Lesser God) wrote the screenplay to the story, based on the novel by Joe S. Bullock.

“It has tremendous international potential for everyone looking for a charming and heartwarming story, something everyone worldwide needs right now.”