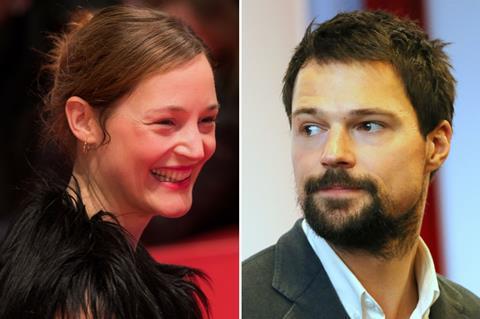 Multilingual Luxembourgish actress Krieps, who shot to stardom internationally on the back of her performance opposite Daniel Day-Lewis in Phantom Thread, plays a 42-year-old lecturer and researcher who has no illusions about the long-term future of her relationship with her younger, married lover. The diplomat, a flashy figure with a penchant for big cars and Saint Laurent suits, does not make any promises either.

Nonetheless, she becomes obsessed logging her every move and sensation as she awaits his return. Until one day, he vanishes, posted back home, without letting her know.

The French-language feature is based on the best-selling novel of the same name by Annie Ernaux, which has sold 370,000 copies in France and been translated into 20 other languages.

The $2.5m feature is co-produced by Philippe Martin and David Thion’s Les Films Pelléas - which is at Cannes this year with Christophe Honoré’s Competition title Sorry Angel and Pierre Salvadori’s Directors’ Fortnight selection The Trouble With You – as well as Pan-Européenne and Belgium’s Versus Productions.

The production is due to start shooting this autumn. It will be French-Lebanese director Arbid’s fifth fiction feature, following on from the semi-autobiographical Parisienne. Other titles on Pyramide International’s market slate include Ukrainian director Sergei Loznitsa’s new drama Donbass which opened Un Certain Regard on Wednesday as well as The Harvesters which premieres in the same section.