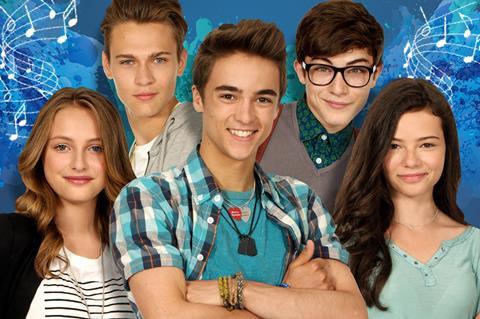 It is the first time the international sales arm of state Italian broadcaster Rai has worked with Disney.

Alex & Co. revolves around a group of talented youngsters at the prestigious Musical Arts Reiner School (M.A.R.S.), who create a band and go on to compete in a talent show offering a record contract and European tour as the main prize.

The series, created by Marina Efron Versiglia and directed by Italian series specialist Claudio Norza, first aired on Disney Channel Italia In May, 2015.

The upcoming English-language spin-off Penny on M.A.R.S., expands on the female characters of Penny and Camilla, played by British actresses Olivia Mai Barrett and Shannon Gaskin, who were introduced to Alex & Co. fans at the end of the last series.

The new spin-off show – scripted by Esther Feldman and Beatrice Valsecchi – is lead produced by Disney Italia in co-production with Rai Ragazzi and 3Zero2. It is scheduled for delivery in spring 2018.

Under the sales accord, Rai Com will handle the first season of Penny on M.A.R.S. as well as the existing three seasons of Alex & Co..

Penny on M.A.R.S. will be syndicated on Disney Channels worldwide before hitting Italian screens on Rai Gulp, the broadcaster’s teen channel, which will also show the first three seasons of Alex.