'Rams' team gears up for 'The County'

EXCLUSIVE: The film is being set up as an Iceland, Denmark, and France co-production. 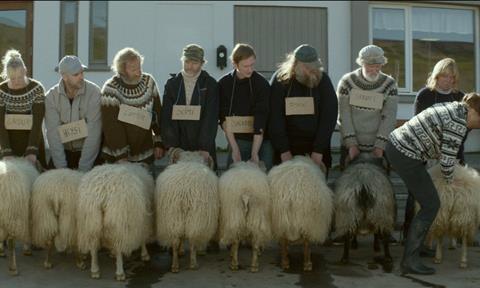 Grimur Hakonarson, the Icelandic director who won Un Certain Regard in 2015 with Rams, is planning to shoot his next feature The County starting in February 2018.

As with Rams, Jan Naszewski’s New Europe will handle sales.

The film is being set up as an Iceland, Denmark, and France co-production.

The film has just secured about $1.1m backing from the Icelandic Film Centre.

The story is a drama set in rural Iceland, about Inga, a middle aged cow farmer, who loses her husband in a car accident and must stand on her own two feet.

Returning crew from Rams will include DoP Sturla Brandth Grovlen.

Hakonarson told Screen: “I’ve been working on the script for the last two years and I’m very much looking forward to shoot the film. Even though the film is set in a rural community in Iceland, it is very different from Rams. We will be working with many of the same people as in Rams and I’m really excited about that. It will be like a family reunion.”

Delivery is expected in spring 2019.

Netop also has another Icelandic feature on New Europe’s sales slate, Hafsteinn Gunnar Sigurdsson’s Under The Tree, now in post.