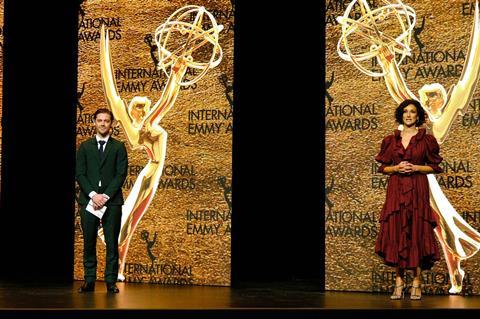 British programmes Responsible Child and Elizabeth Is Missing and India’s Delhi Crime were among the top honourees in this year’s International Emmy Awards.

Netflix offering Delhi Crime was named best drama series and Responsible Child, aired by BBC Two in the UK, best TV movie/miniseries when the awards were announced by the International Academy of Television Arts & Sciences during a live ceremony in New York on Monday (November 23). Socially distanced presenters on stage announced the awards while winners accepted their statuettes via remote feeds.

New York governor Andrew Cuomo was presented with the 2020 International Emmy Founders Award for his “exceptional use of television for public service during the Covid-19 pandemic.”

International Academy president and CEO Bruce Paisner commented: “Once again, the International Emmy winners demonstrate the universal power of great television, which brings us together and breaks down cultural boundaries and pandemic induced limitations. Although we miss our annual gala in New York, we are proud to bring these programmes and performances to our global stage, and we congratulate the winners on their outstanding achievement.”

Best Performance By An Actor:

Best Performance By An Actress: