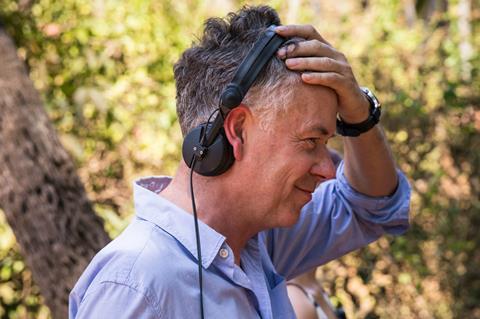 Fremantle will co-produce the projects under the deal, and distribute them worldwide. The deal has been made in collaboration with Richard Brown and his New York- and London-based firm Passenger, which signed its own first-look deal with Fremantle in 2019.

The first project in the deal will be UK political title This Sceptred Isle, a real-life drama series about the national and personal crisis in the life of prime minister Boris Johnson. The project was first announced in June this year; it will include Johnson falling ill with the virus in April before recovering.

This morning (November 16) Johnson confirmed he was having to self-isolate again after meeting with an MP who subsequently tested positive for Covid-19.

This Sceptred Isle will be co-written and directed by Winterbottom, with Revolution’s Melissa Parmenter and Brown serving as executive producers.

Revolution was founded by Winterbottom and producer Andrew Eaton in 1994. It has produced the former’s film and TV projects including 2002’s 24-Hour Party People, The Trip series with Steve Coogan and Rob Brydon, and last year’s feature Greed.

“We are very excited at the prospect of developing our film and television production with our new partners at Passenger and Fremantle,” said Winterbottom. “We want to provide a space where directors can have the freedom to develop and tell the stories they are passionate about.”

“Our global drama slate is growing thanks to unique creative partnerships that we are building across the world,” added Andrea Scrosati, group chief operating officer at Fremantle. “Michael is such an incredibly sophisticated and prolific auteur; his vision is inspiring, and I admire the fact he continues to challenge the status quo. I am so proud that he and Melissa have chosen Fremantle as their creative partner and I look forward to the great content we will develop together.”