'Rocketman' to open Inside Out Toronto LGBT Film Festival 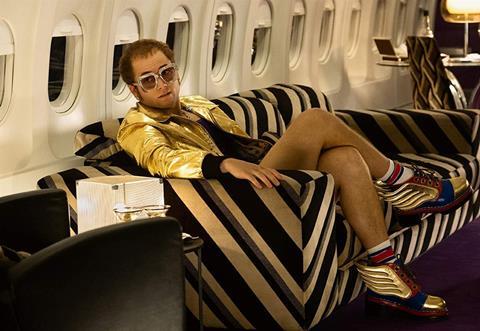 Cannes-bound Rocketman and the Canadian premiere of Sundance hit Late Night will bookend the 29th edition of the Inside Out Toronto LGBT Film Festival, set to run from May 23-June 2.

The Centerpiece Gala is the Canadian premiere of Netflix original series Armistead Maupin’s Tales Of The City starring Ellen Page and Laura Linney.

The 2019 feature film programme encompasses 40 films representing 32 countries. The line-up includes five world premieres, six international premieres and 14 Canadian premieres. The festival will introduce an episodic programme of six series premieres, including the world premiere of the fourth season of Netflix’s Eastsiders, as well as the Canadian premiere of the second season of Starz’s GLAAD award-winning drama Vida. The additional four episodic short-form stories, a selection of queer and trans independent episodes, will play in one programme block.

“The strength and diversity of this year’s lineup demonstrates the vital role that LGBTQ film festivals play in today’s industry landscape,” said Andria Wilson, executive director of Inside Out. “The exceptional range of titles our programming team has secured, coupled with an increase in new, long-term, strategic partnerships, show Canada and the world that Inside Out is committed to leadership and innovation as we head towards our 30th anniversary in 2020.”