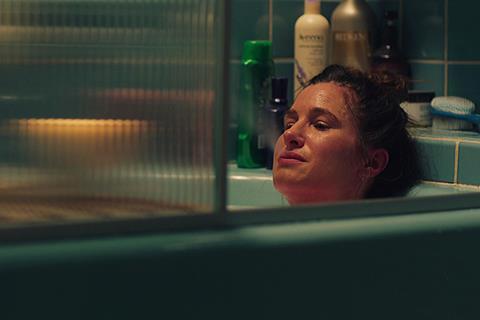 TIFF brass also announced on Thursday (Aug 15) the TIFF Industry Conference line-up, as well as the four international TIFF Rising Stars, each of whom stars in at least one of the festival’s selections this year.

Five of the Primetime series, nearly two-thirds of which are created and directed by women, will get their world premieres in the section, which marks its fifth anniversary at this year’s festival, set to run from Sept 5-15. Two episodes from each (except three for Mrs Fletcher) will screen, followed by a Q&A session with members of the show’s creative team in attendance.

US series in the line-up include HBO limited series Mrs Fletcher, based on the Tom Perrotta novel, with Holofcener among the directors, about an empty-nest mother (played by Kathryn Hahn) and her college freshman son. USA Network’s Briarpatch, with Mr. Robot creator Esmail among the executive producers, stars Dawson as a political fixer returning to her small Texas town to investigate her sister’s death. Ana Lily Amirpour (A Girl Walks Home Alone At Night) is one of the directors.

And podcast-based Limetown, from Facebook Watch, with Jessica Biel and Stanley Tucci, follows a journalist unravelling the mystery of the disappearance of hundreds of people at a research facility in Tennessee. Australian series Black Bitch has Rachel Griffiths (also one of the show’s creators) as a political leader looking for publicity from an horrific event.

Savages, from France, centres on an Arabic candidate for the presidency, and international premiere The Sleepers, from the Czech Republic, follows a woman and her political dissident husband after they flee communist Czechoslovakia.

The series screening as part of the Primetime programme:

The five-day 2019 TIFF Industry Conference (Sept. 6-10) kicks off with a Moguls conversation with business partners Brian Grazer and director Ron Howard, and closes with a Master Class from Brazilian auteur Fernando Meirelles (The Two Popes) in conversation with TIFF senior director of film Diana Sanchez about the realities of filmmaking in politically volatile times.

For the first time this year, attendees will be able to purchase conference day passes.

“These four talents – along with their Canadian counterparts – are on the verge of making big waves on the international stage,” said Bailey. “We can’t wait for Toronto audiences to witness their breakout performances at this year’s Festival.”