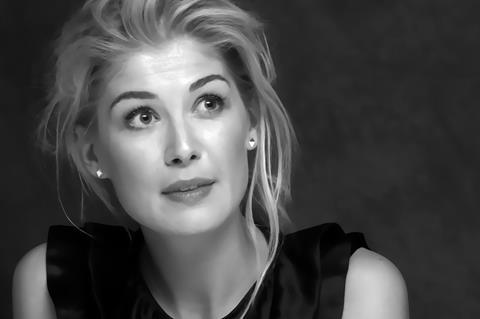 Rosmaund Pike will star as a Machiavellian legal guardian in the thriller I Care A Lot, which Black Bear Pictures is producing and fully financing and STXinternational will launch in Cannes.

J Blakeson (The Disappearance Of Alice Creed, The 5th Wave) directs from his screenplay, and the producers have earmarked a July start in Boston.

Pike (Gone Girl, A Private War) will play Marla, a successful legal guardian with a knack for using the law to her benefit and to the detriment of her elderly clients.

When her life of luxury is rocked after she discovers her seemingly innocent next victim harbours dangerous secrets, Marla must use every ounce of her wit and cunning to stay alive.

STX will directly distribute I Care A Lot in the UK and Ireland.

The project marks the latest collaboration between STXinternational and Black Bear, after upcoming titles The Friend and The Marsh King’s Daughter.

“Our friends at Black Bear have consistently brought us commercial and creatively distinctive projects and we are delighted to partner with them again on I Care A Lot,” said president of STXinternational John Friedberg. “Rosamund and J are incredible talents with box office appeal and we couldn’t be more excited to have them at the helm of this highly original and entertaining thriller.”

“Black Bear is thrilled to again partner with our friends at STXinternational, who have a talent for recognizing quality and commerciality,” said Schwarzman. “With I Care A Lot, J Blakeson will deliver both, and we are beyond lucky to have Rosamund Pike on board to star.”

Pike is represented by United Agents in the UK, and CAA and Magnolia Entertainment in the US.