New Europe Film Sales has closed early deals on two of its titles playing this week at the International Film Festival Rotterdam (IFFR). 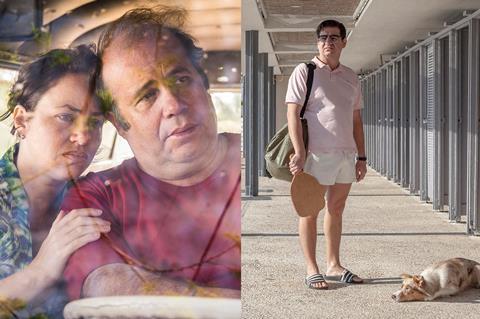 Brazil-Uruguay drama Loveling, which premiered as the opening film of Sundance’s World Cinema Competition and had its European premiere in IFFR’s Voices strand, has been picked up for France (Condor/Version Original) and Benelux (September Film Distribution).

The film follows a mother, played by Karine Teles, who struggles to let go of her 17-year-old son after he signs up for a sporting contract in Germany. Gustavo Pizzi directed, Tatiana Leite produced and executive producers were Leo Ribeiro and Rodrigo Leite.

Screen’s review called it a “charming drama” and an “audience-pleaser” that is “destined for healthy festival exposure”.

New Europe has also struck a Benelux deal (Filmfreak) alongside an agreement for Turkey (Bir) on its title Pity. The film also premiered in Sundance and had its European premiere at IFFR.

Babis Makridis directed the Greek drama, which tells the story of a man who is addicted to sadness and has such a need for pity that he will do everything to evoke it from others. Christos V. Konstantakopoulos produced with Amanda Livanou, Beata Rzezniczek and Klaudia Smieja.

“I’m happy that the films that premiered in the strong Sundance line-up and had their European premieres in Rotterdam are finding great homes in Europe and beyond. I’m expecting more sales at the EFM, where we will hold market screenings,” commented New Europe CEO Jan Naszewski.