The 43rd International Film Festival Rotterdam (IFFR) is to open with the European premiere of Indian drama Qissa, celebrating 25 years of the Hubert Bals Fund (HBF). 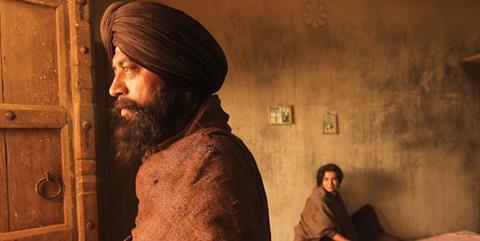 Qissa, directed by Anup Singh, is one of more than a thousand film projects supported by the HBF since its inception in 1989.

The fund contributed to the script development of the film ten years ago and will come full circle when it officially opens the festival on Jan 22. IFFR runs to Feb 2.

The film stars Irrfan Khan, best known outside of India for his roles in Life of Pi, Slumdog Millionaire and The Lunchbox, alongside young Bengali talent Tillotama Shome.

Set amidst the ethnic cleansing and general chaos that accompanied India’s partition in 1947, the drama stars Khan as a Sikh attempting to forge a new life for his family while keeping their true identities a secret from their community.

The Punjabi-language film, which debuted at Toronto in September, is co-produced by Germany’s Heimatfilm with Dutch production house Augustus Film, France’s Cine-Sud and India’s National Film Development Corp (NFDC). The Match Factory has international rights outside the co-production territories.

IFFR artistic director Mart Dominicus said of Qissa: “This is a great example of the power of the [Hubert Bals] Fund to help filmmakers from countries where making an independent feature film is by no means a matter of course. Financial support at crucial times in the production process can act as a catalyst for international recognition.”

As previously announced, Spike Jonze’s Her will be the opening film for the public on Jan 22.

The festival will be dedicating a special themed programme to highlights from the history of the fund.

Mysterious Objects – 25 Years of Hubert Bals Fund will show a selection of “surprising films” that underline the artistic variety of works backed by the fund.

The title refers to Mysterious Object at Noon, the debut film by Thai director Apichatpong Weerasethakul. This film as well as works by the likes of Chen Kaige, Carlos Reygadas and Elia Suleiman will again screen in Rotterdam.

To mark its anniversary, a historical overview of all the projects supported by the HBF will be published in the form of a digital brochure on a dedicated section of the festival’s website filmfestivalrotterdam.com.

In addition, five HBF classics with a social angle will be made available online for a 24-hour period on the IFFR’s YouTube channel and website during the festival.

The fund’s current activities will also be represented at the festival. The festival has programmed 11 new, recently supported films: the HBF Harvest.

These include Thai film Concrete Clouds by Lee Chatametikool (Apitchatpong Weerasethakul’s editor), which competes in the Hivos Tiger Awards Competition, and the latest film from Algerian auteur Tariq Teguia, Zanj Revolution, which screens in Spectrum. Rodrigo Moreno’s Reimon  is competing for The Big Screen Award. The full HBF Harvest can be found here.