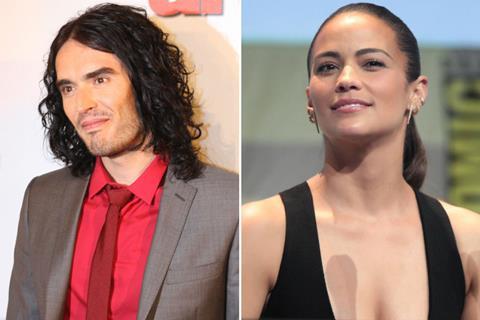 Russell Brand (Get Him To The Greek) and Paula Patton (Precious) have joined the cast of Four Kids And It, the adaptation of Jacqueline Wilson’s novel directed by Andy De Emmony (West Is West).

Brand and Patton join a cast that already includes Michael Caine (Youth) and Matthew Goode (The Crown). Principal photography on the film began on July 16 on location in Ireland.

The story follows four children who are horrified to learn that their beach holiday is a bonding trip with potential future step siblings. An argument leads to the discovery of magical, sandy, grumpy creature IT, who can grant them one wish a day that will be cancelled when the sun sets.

Patton and Goode will play Alice and David, the couple caring for the children, while Brand will be Tristan, the villain looking to steal the creature for himself. Caine provides the voice for IT.

Ahriyavraromp is fully financing the feature, with 13 Films handling worldwide distribution rights. He has also come on board another 13 Films project, Goldfinch Studios’ Michael Morpurgo adaptation Waiting For Anya, as an executive producer and co-financier through T&B.