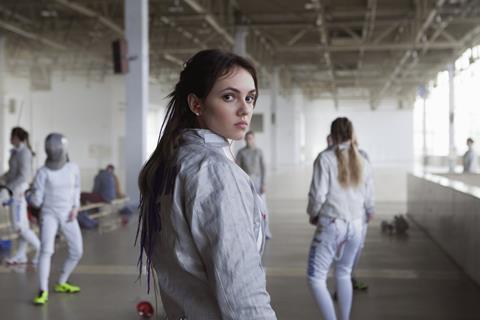 China’s Huashi.TV and Europe’s Koch Film have acquired rights to Russian sports drama On The Edge from Moscow-based Central Partnership.

The feature, directed by Eduard Bordukov, centres on a heated rivalry between the world’s top saber fencer and a talented newcomer, and recently closed the 42nd Moscow International Film Festival.

It opened in Russia on November 26, securing second place at the box office with takings of £458,000. It has grossed $882,842 in the territory to date. The film will also receive a theatrical release in Estonia, Latvia and Lithuania through GPI and in Cyprus via D&A.

Produced by Moscow-based Telesto-film, the cast is led by Stasya Miloslavskaya and Svetlana Khodchenkova, who is known internationally for her roles in Tinker Tailor Soldier Spy and The Wolverine. Producers are Elena Glikman and Mikhail Degtyar.

It marks Bordukov’s second feature after his urban football drama Pitch in 2016.