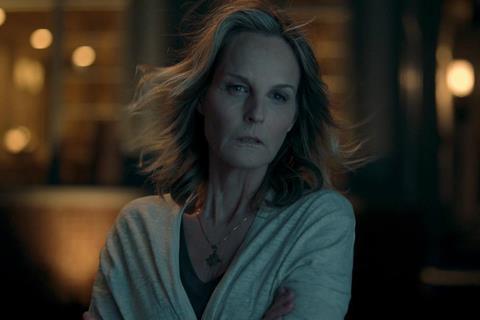 Jon Tenney (Legion) plays the lead investigator in a missing child case who tries to deal with his wife’s (Hunt) recent infidelity, as their home town is plagued by strange occurrences. Devon Graye write the screenplay.

“Audiences will be captivated by this gripping mystery thriller that showcases its cast’s outstanding chemistry,” said Bromiley. “Helen Hunt and Jon Tenny are truly enticing as Jackie and Greg, a couple whose idyllic town is turned on its head where every plot twist is more surprising than the last.”