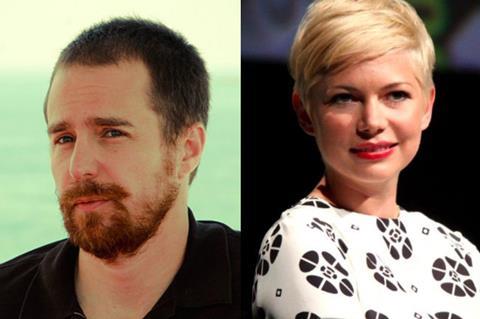 US cable network FX has ordered a limited series about Broadway icon Bob Fosse and his partner Gwen Verdon with Sam Rockwell and Michelle Williams starring and Hamilton’s Lin-Manuel Miranda among the producers.

The yet-to-be-titled, eight-episode Fosse/Verdon project will be based on Sam Wasson’s biography Fosse and will tell the story of the romantic and creative partnership between choreographer and director Fosse and acclaimed Broadway dancer Verdon.

Levenson will also serve as showrunner and wrote the premiere episode, which will be directed by Kail. Nicole Fosse will be co-executive producer and co-producer Andy Blankenbuehler is the choreographer. Production will begin in the autumn with a debut scheduled for 2019.

Nick Grad, president, along with Eric Schrier, of original programming for FX Networks and FX Productions commented: “We are over the moon about this dream team we’ve assembled for this incredible series. Tommy, Steven, and Lin are the perfect team to tell the story of Bob Fosse and Gwen Verdon, and we’re so thrilled to have Sam and Michelle playing these iconic roles.”

Kail, Levenson and Miranda added: “Bob Fosse ignited a revolution in American dance, theatre, and film. But, in contrast to the well-worn myth of the visionary artist working in solitude, Fosse’s work would not have been possible without Gwen Verdon, the woman who helped to mold his style – and make him a star. We are honoured to work with the incredible team at FX and Fox 21, and these two extraordinary actors, to tell the story of this remarkable couple, and the complicated, fascinating relationship between them.”