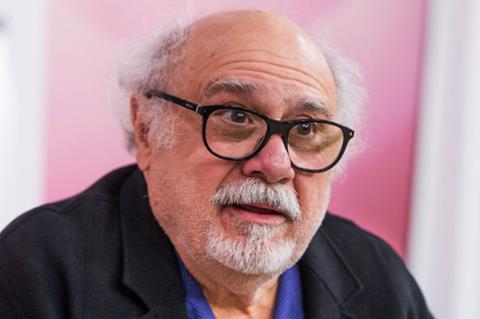 DeVito will receive his award on Saturday September 22 in the Kursaal. The following day he will present a screening of 2018 animation Smallfoot, of which he is part of a voice cast that includes Channing Tatum, James Corden and Zendaya.

With acting credits including One Flew Over The Cuckoo’s Nest, Terms Of Endearment and Twins, DeVito is also known for his recurring roles in TV series Taxi and It’s Always Sunny In Philadelphia. He has directed several features including The War Of The Roses (1989) and Matilda (1996).

His credits as an executive producer include Pulp Fiction and Garden State.

Writer-director Hirokazu Kore-eda was previously announced as a fellow Donostia award recipient at San Sebastian this year, where he will present a special screening of his 2018 Palme d’Or winning Shoplifters.

Prior to this year’s festival the International Centre for Contemporary Culture Tabakalera will host a screening of Kore-eda’s first fiction feature Maborosi (1995), and of two of DeVito’s most celebrated performances, in Ivan Reitman’s Twins (1988) and Tim Burton’s Batman Returns (1992).