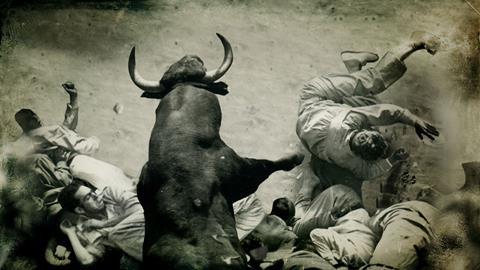 A total of eight feature films will make up the San Sebastian Festival’s Zinemira section, dedicated to cinema produced in the Basque Country. Five premieres and three titles produced this year make up the selection.

Four of the premieres will compete for the Irizar Basque Film Award, alongside films with at least 20% of Basque production and others presented as world premieres in any of the Festival sections. The Irizar Award will be decided by a specific jury and includes a $27,000 (€20,000) prize for the producer or producers of the winning film.

The Zinemira Award, granted by the Festival and the Producers Associations EPE/AVA and IBAIA to the career of an outstanding personality from the Basque film world, will go this year to Juan Bautista Berasategi, a cartoonist and producer from Gipuzkoa, and a pioneer in Basque animated cinema.

He is best known for directing the the first animated Basque feature, Kalabaza Tripontzia, in 1985 as well as The Legend of the North Wind (1992), Ahmed, el principe de la Alhambra (1998) and the Goya-winning El embrujo del Sur (2003). The award will be presented on Sept 24.

The section will also include the selection of short films from the Kimuak 2012 programme, an initiative by the Basque Government Department of Culture and the Euskadiko Filmategia-Filmoteca Vasca, with the objective of highlighting the best Basque shorts of the year.

This year, the Kimuak selection includes seven short films, two of which will also be screened as part of the Zabaltegi section: Hotzanak, For Your Own Safety by Izibene Oñederra, and Zela Trovke (Cortando hierba) by Asier Altuna.

A film about the feelings of those who favour the participation of women in the “Alarde” arms parades of Irun and Hondarribia and those who oppose it. The celebrations running throughout the day in both towns serve as the backdrop for the story. The first part explains the Alarde since it first started, its history, its mise-en-scene, its composition and its characteristics. The second narrates the beginning of the conflict and how it developed in the early years, in the 90s. The third part looks at the present day through the years 2011 and 2012, reflecting on the present situation of the “Alardes” and their future.

Nerea, a mother aged 38 who works in a daily newsroom, struggles to reconcile her family and professional life. From one day to the next the precarious balance finally falls to pieces when her mother, Luisa, is taken into hospital for memory loss. Nerea feels guilty for not having reacted earlier to the first symptoms of her mother’s illness. Now she can only watch as Luisa goes back in time into the past. Nerea will learn part of her mother’s hidden life and discover similarities in their experiences, stirring up the ghosts that live in the memories of both women.

“I grew up with Asier in the streets of the Basque Country. Then I moved to Madrid. In 2002, Asier joined ETA. How could I make my friends in Madrid understand what had pushed him to take a decision even I could hardly come to terms with? When Asier got out of prison, I grabbed a camera with the intention of making a film about him to try and answer that very question and, in the doing, why not, to bridge the gap between our two ways of thinking. But things didn’t go quite as simply as planned.” (Aitor Merino)

Every year, from July 7-14, during the eight days of the San Fermín celebrations, thousands of people participate in one of the most dangerous and adrenaline-pumping events in the world: the running of the bulls in Pamplona. This is the story of those who run with the bulls through the streets of the capital of Navarre. It is a documentary with a spectacular narrative and images unseen until now, obtained with the High Speed 3D camera suspended from a wire 270m above the centre of the Calle Estafeta.

Basque culture and its mysterious origins will constitute a real attraction for some Nazi top guns, an attraction that will translate into a visit by the self-same Heinrich Himmler to San Sebastian in October 1940, and into the making of several anthropological documentaries. All have disappeared except Im lande der Basken (In the Land of the Basques), shot between 1941 and 1942 by a team of German moviemakers directed by the prestigious director Herbert Brieger.

Painter José Luis Zumeta works at all hours in his studio in Arribe, Navarre, an old bus station. This time he is concentrating on two paintings measuring 200x133 to be exhibited in the former fire station in San Sebastian. The process of creating these works is the backbone of this documentary. For the first time, the artist shows the camera the unique and internal creation process for which he is known. The film team is absolute in its monitoring: it starts from the artist’s first steps of making the actual canvas, continues with the creation of the works, and ends with their exhibition.

Lourdes and Mentxu Arrieta were born with a serious problem: despite being sisters and spending most of their time together, their bodies were unable to communicate. They couldn’t use their hands or their voices either. Until one day they came up with their own formula, a method of communication for which there are no precedents and that nobody thought would work. A language they speak in silence and that has remained a total secret. At least until today.

In this documentary, David Arratibel describes his experience: “That day a noisy ghost started to belt out in my head: a ringing and clicking only I could hear, or perhaps others could too. Like most people, I fled silence so as not to hear the sound within”.

Short films from the Kimuak catalogue

(for professionals and accredited guests only)

Cólera (Cholera)
Aritz Moreno
When the residents of a town take justice in their own hands, they are forced to pay the consequences.

Democracia (Democracy)
Borja Cobeaga
The manager of a company proposes a daring plan for keeping the workers’ morale high.

Una Hora, Un Paso (One Hour, One Step)
Aitor Iturriza, Bernat Gual
Juan has been a prisoner in Egypt for 17 years. A team of reporters enters the prison to interview him, unaware that something terrible is about to happen.

Hotzanak, For Your Own Safety
Izibene Oñederra
I told him I was a filmmaker… and nothing has changed. Amid these landscapes traipses the soul, at times certain, at others uncertain of its own existence, while the body is and is and is and has no place of its own.

Minerita
Raúl De La Fuente
Minerita is a the story of three women - Lucía, Ivone and Abigail - who work in the Potosí mines. A western about women.

Titles competing for the Irizar Award