All3Media exec takes over the position from Laura Mansfield, CEO of Outline Productions. 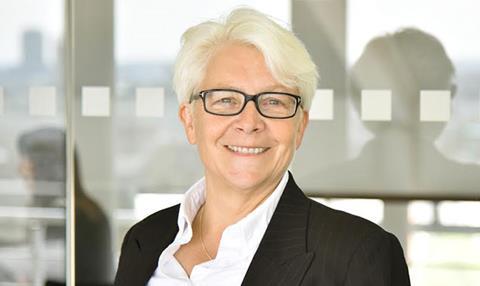 Sara Geater, chef operating officer of All3Media, has been confirmed as the new chair of Pact Council after being elected unopposed.

The council oversees the financial plans of trade body Pact (Producers Alliance for Cinema and Television) as well as deciding the organisation’s policies, campaigns, terms of trade and collective agreements.

With a career spanning TV, film and digital, Geater previously served as COO and later CEO of Fremantle Media UK. Before then, she held the position of head of commercial affairs at Channel 4 and director of rights & business affairs at the BBC, where she negotiated the first Terms of Trade between the BBC and Pact.

She formerly served as head of film & TV at Avalon, head of production at Miramax Films and Channel 4 Drama co-production executive. She is also a barrister and a Fellow of the RSA.

Geater was previously elected chair of Pact Council in 2014 but was required to step down following her appointment to All3Media. However, a recent change in Pact Council legislation in July allowed any members not owned by a UK public service broadcaster to vote in and stand for elections.

Departing chair Laura Mansfield, CEO of Outline Productions, said: “Sara is one of our industry’s most admired leaders. Her balance of experience and perspective which spans broadcaster, indie and ‘superindie’ will be invaluable at such an important time. I’m delighted to be handing the baton to Sara, and know she’ll be a great leader for Council and support for John McVay and the team.”

Commenting on her appointment, Geater said: “Pact continues to play a vital role in driving and promoting the commercial interests of TV, film and digital production companies both in the UK and globally.  I’m looking forward to building on the great work of Laura Mansfield and the current Pact Council in the New Year.”

Northern Ireland and Welsh representatives were also confirmed in the elections.

Geater and her fellow representatives will take up their posts for a two-year term starting January 2017.

The voting window for other Pact Council positions including Scotland representative remains open until 1 December.