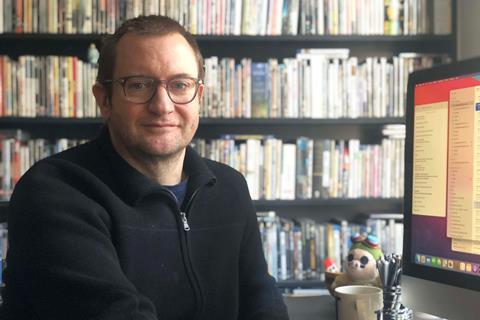 Sarajevo Film Festival has unveiled the line-up for CineLink Talks, the conference section of its industry programme CineLink Industry Days, which takes place from August 13-18.

This year’s edition of CineLink Talks will host 21 panels and 59 speakers, spanning masterclasses, debates and seminars on topics such as gender equality through to film and drama series financing.

The panels will discuss topics including distribution challenges, new funding strategies for social impact films, and producing and releasing short films. The latter features senior execs from Vimeo and WeTransfer.

Good Chaos founder Mike Goodridge, who was a co-producer on Ruben Ostlund’s Palme d’Or winner Triangle Of Sadness, will take part in a keynote interview, presented by Ace producers.

Film execs and creatives from Ukraine will also share their experience and outlook on producing during the war.

There is also a panel on co-production possibilities with the UK, Turkey and Italy, featuring BFI director of industry and international Neil Peplow, the head of Turkey’s TRT Sinema Faruk Güven and Iole Maria Giannattasio from Italy’s Ministry of Cultural Heritage and Activities and Tourism.

Other speakers include Mads Mikkelsen, head of programme at CPH:DOX, and Sophie Bourdon, head of industry at Visions du Reel, who will participate in a panel on changes in the documentary industry; and Fatih Abay, the European Film Academy’s new diversity & inclusion officer, and Kristina Börjeson, head of production at Film i Väst, who will take part in a discussion about inclusion policies in European funding bodies that will also feature the BFI’s Peplow.