A long-awaited feasibility report commissioned by Scottish Enterprise has identified “a clear opportunity for a film and TV studio facility in Scotland” and pinpointed a £15m ‘Foundation Studio’ as “the strongest” of five options. 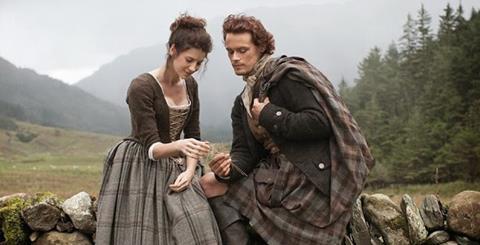 The report, carried out by consultancy Ekos, encouraged private sector bids for a studio alongside a public initiative, in part to avoid legal challenges based on commercial conflicts.

Potential sites suggested in the report are at Dalmarnock, Gartcosh, Cumbernauld, and Pacific Quay in Glasgow with building costs ranging from £15m to £74m ($25m to $123m).

The Foundation Studio site, which could be built in the Canting Basin, Pacific Quay, near Glasgow, is envisaged as a 35,000 sq ft shooting space, making it half the size of Elstree Studios.

However, the report suggests the site could grow over time.

One of the options explored is an extension and modernisation of the 140,000 sq ft alternative studio space in Wardpark, Cumbernauld, which is currently home to Sony/Starz US TV series Outlander.

The report has been welcomed by industry: “I think there is a lot to commend this,” producer Iain Smith told ScreenDaily.

Smith, producer of Children of Men and the upcoming 24: Live Another Day, described the private and public twin-track as “intelligent” and understanding of cultural and economic imperatives.

David Smith, director of creative industries at Scottish Enterprise, said: “This report gives us a sound understanding of Scotland’s options in developing a dedicated film and TV facility.

“From here, we can move quickly towards the next phase of work to establish interest from the private sector and develop a robust business case for public sector investment.”

Scotland’s lack of a major studio continues to be a significant bugbear for local industry, many of whom were disappointed when Scottish government, Creative Scotland and Scottish Enterprise recently failed to capitalise on an opportunity for Pinewood to build a new facility in the country. The studio network opted to build a new hub in Wales instead.

“Pinewood’s global brand would have delivered production here, it would have sustained the Scottish industry and provided more capacity,” Smith said in a recent interview with Screen. “It’s certainly a missed opportunity.”

According to the report, there were 24 television productions and 18 film productions in Scotland in 2012.