Two Brian Cox-starrers and a documentary focus on female directors are amongst this year’s programme of films. 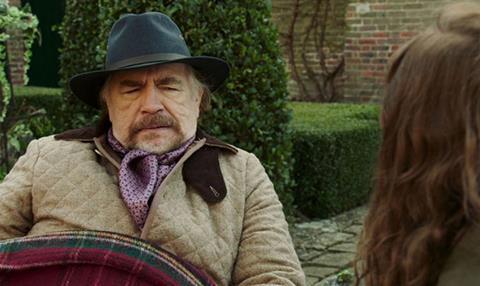 The Edinburgh International Film Festival has unveiled the Scottish selection for its 70th edition (June 15-26).

Veteran actor Brian Cox has two features in the selection, János Edelényi’s comedy The Carer [pictured] and Jon Cassar’s western Forsaken, in which he stars alongside both Kiefer and Donald Sutherland.

Angus Macfadyen, known for playing Robert the Bruce in Braveheart, makes his directorial debut with Macbeth Unhinged, a black-and-white retelling of the Shakespearian tragedy.

There will also be special screenings of Danny Boyle’s Trainspotting – celebrating the film’s 20th anniversary, with a sequel currently in the works – and a 4k restoration of Highlander, attending by star Clancy Brown.

The festival will also feature television in the shape of BBC Alba Gaelic show Bannan, and the world premiere of Niall McCann’s documentary Lost In France, charting the rise of Glasgow-based independent record label Chemical Underground.