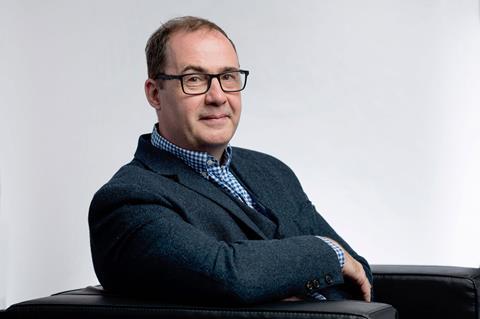 Smith joins from Glasgow-based TV production company Matchlight, where he has been managing director.

In his new role, he will report into Isabel Davis, who was appointed executive director at Screen Scotland in June last year. The job will see Smith tasked with delivering the organisation’s strategy to development and grow Scotland’s screen sectors, working with key stakeholders and other public agencies.

Smith’s background also includes working with industry body PACT since 2015 to inform its policy from a Scottish perspective.

“The landscape for the film and TV industries - globally and locally - is rapidly changing. It’s critical that Scotland’s creative talent is supported to keep pace, to grow to meet demand and to find as wide an audience as possible for its already highly regarded output,” said Smith on his appointment.

“[David Smith’s] many years helping make world class TV productions in Scotland will bring direct industry experience into Screen Scotland’s endeavours and support structures. His industry leadership, gained through his time with PACT and elsewhere, will be a vital resource as we continue to support the growth of Scotland’s screen industry,” said Davis.