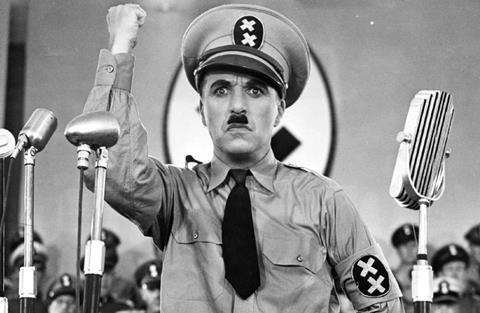 Secret Cinema hosted a one-off screening of Charlie Chaplin’s The Great Dictator across five cities in the US and Europe yesterday (Dec 21) to protest Sony’s decision to pull The Interview.

The screening, held to “protest against the attack on freedom of expression that the threats against screenings of The Interview represents” took place in London, New York, Los Angeles, San Francisco and Rome. At least £11,500 ($18,000) of proceeds from the event will be donated to global free speech charity Article 19.

An audience of more than 2,000 across the five cities dressed in dark suits to protest censorship through live poetry, music, short films and live jazz. The cinemas that took part include Videology and Spectrum in New York, The Troxy in London, Teatro Centrale in Rome, Great Star Theatre in San Francisco and CineFamily in Los Angeles.

In a statement, Secret Cinema said it chose the 1940 classic as it “truly demonstrates the need to create art without censorship”.

“Art must challenge and parody any political figure it so wishes,” added the event cinema specialist. “Secret Cinema feels passionately about enabling an environment in which filmmakers can make bold and challenging work without fear.”

Chaplin’s portrayal of fictitious dictator Adenoid Hynkel, a thinly-veiled version of Hitler, made waves around the world when the comedy first premiered. The film was Chaplin’s highest grossing film at the box office and was nominated for five Academy Awards. It was banned in Nazi Germany.

The final speech from the film will be broadcast live via Secret Cinema’s facebook page today: https://www.facebook.com/SecretCinema